Matthews were contracted to undertake the major demolition of the former Chichester Hospital, having sat derelict for a number of years.  First was tricky job of undertaking the safe removal of all of the asbestos contained within the buildings.  The working against a particularly tight programme was the soft strip and segregation of all of the different waste streams.  Then the mechanical demolition began, as principal contractor on the scheme a number of pre-demolition inspections and reports were produced to allow us to fully understand the structures being demolished as well as the local natural environment.  A number of large pieces of demolition specific plant was employed on the site to undertake the mechanical demolition in a timely fashion as well as to allow the maximum recycling of materials from the site.  Once the buildings were gone we broke out the associated slabs and grubbed out their foundations.  A large quantity of contaminated material was discovered under the slab, probably used as fill material when the hospital was built in the late 1950’s.  This needed to be removed with extra care, with the site surrounded by residential properties and more of the same going on this site the need for this to be done absolutely perfectly was imperative.  Matthews completed the project on time and in budget and another satisfied client could start to build the new homes.

The high level demolition and dust created during the works in the dry hot conditions.

Leave site in a clean, tidy and safe condition on completion 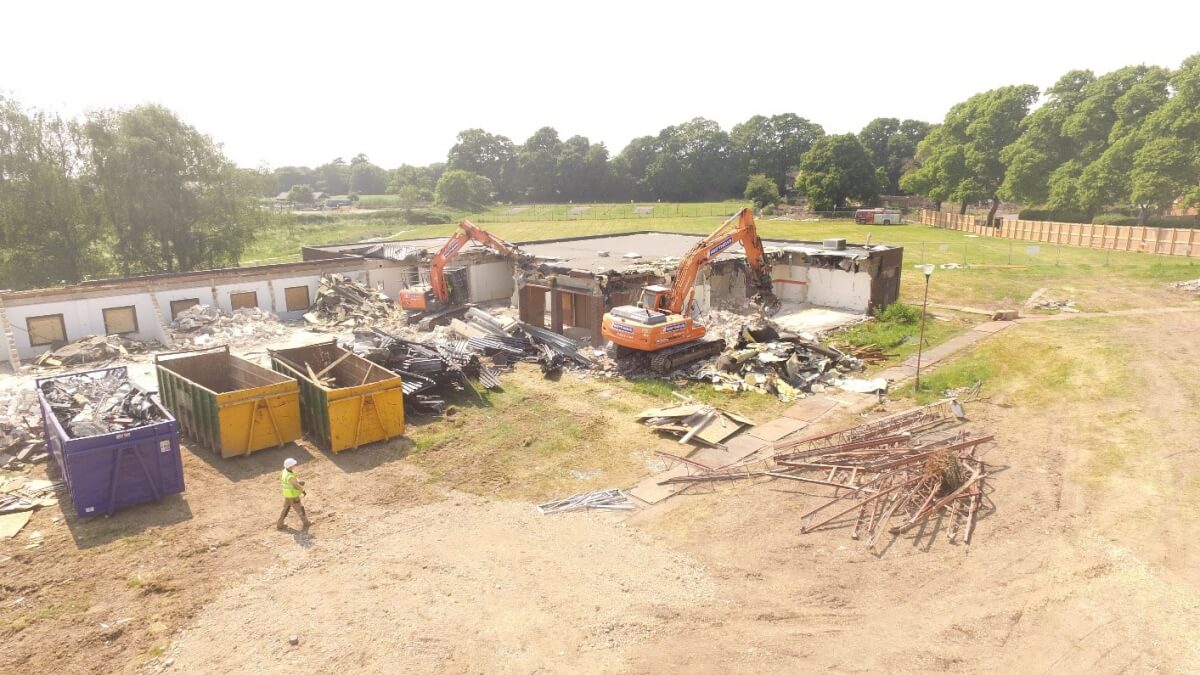