Linden Homes awarded the contract for the demolition, asbestos removal, bulk excavation & muck away and installation of a piling mat at Gibson House, Evelyn Coyle House and Mable Goldwin House to Matthews (Sussex) Ltd. Mabel Goldwin was a 5 storey building constructed of steel framework encased in concrete, with clay pot and beam floors, externally the building was heavily glazed and clad in corrugated tin sheeting. Gibson House was a 2 storey structure constructed of brick and concrete, with timber framed roof. Evelyn Coyle House was a single storey structure constructed of brick, with a flat timber framed roof.

Due to the location of this scheme a number of factors had to be taken in to consideration, particularly the high number of residential properties as well as the number of members of the public using the adjacent footpath and roadways. The initial works on site was to ensure all asbestos products were safely removed, once these works were completed and all relevant air testing undertaken, the soft strip works of each of the buildings could begin. The demolition of Evelyn Coyle House was then undertaken, after which both Gibson House and Mable Goldwin House were simultaneously demolished. It was decided that the 5 storey Mabel Goldwin house would be demolished using a 27 meter high-reach, this method was used to progressively deconstruct the building; this highly controlled technique was a necessity due to the close proximity of the neighbouring flats.

It was during these works that a buried WW2 Bomb was discovered buried under the ground!

The British Army bomb squad removed the 5ft-long Second World War device from the site without letting it explode. If the 550lb bomb were to have gone off, it would have obliterated nearby buildings and damaged homes up to 650ft away – including flats on six housing estates. Thousands of residents within the 650ft zone were ordered to leave after they were warned they risked their lives by staying. Many of the 1,200 households that were affected decamped to a nearby leisure centre, fearful for their homes. Two local schools – the Kintore Way nursery and Harris Academy – were evacuated as worried parents arrived on the scene and an emergency response centre was set up. Animals were also evacuated from a nearby vet surgery as reported by a local SE1 website. 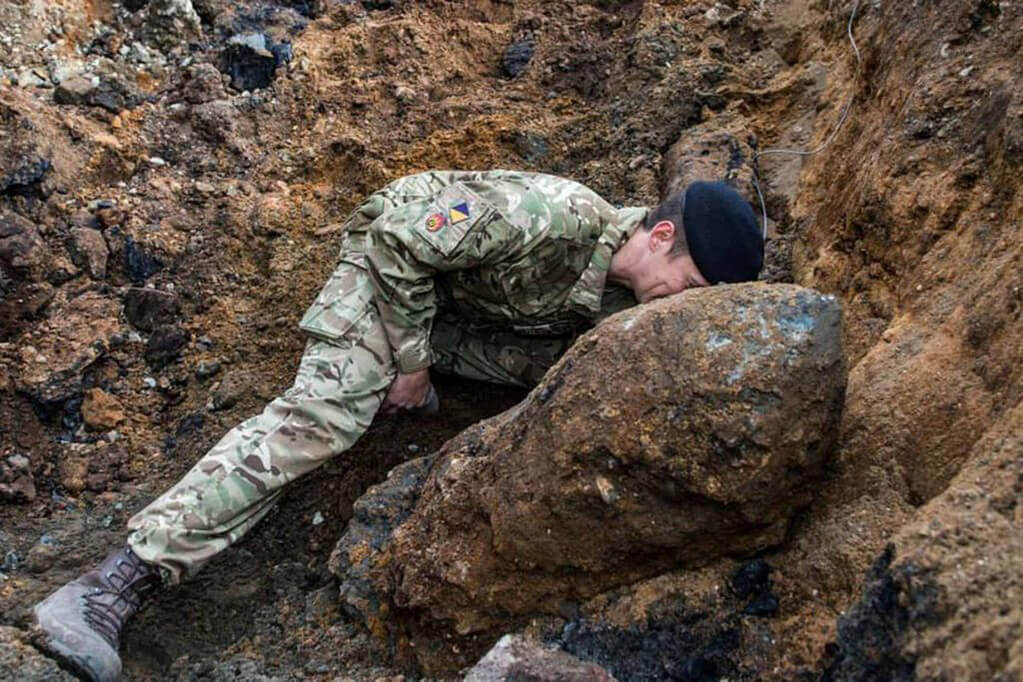 Matthews (Sussex) Ltd were commended on their controlled and speedy emergency response to the situation; stopping all works immediately, shutting down all heavy plant, contacting the police, evacuating and securing the site. Once the Police and Army Bomb Disposal team arrived to site, a 100 metre exclusion zone was set-up and the area was secured. “We were invited to a crisis meeting with the Army and the Police where they asked us to produce a specific site plan detailing the location of all Heavy Plant, Fuel Storage, Oxygen and Propane storage, once we had done this we were asked to accompany them to the site in order to relocate all the heavy plant and to create an access road into the site to allow the Army vehicles and equipment to safely approach the Bomb” said Site Manager Jakub Nowak. The Army worked throughout the night to make the device safe for transit and removed it from site where it was transported to a quarry in Kent and subsequently detonated. Once all this activity was finished and the site was deemed to be safe, Matthews (Sussex) Ltd team returned to site to safely complete the contract works. 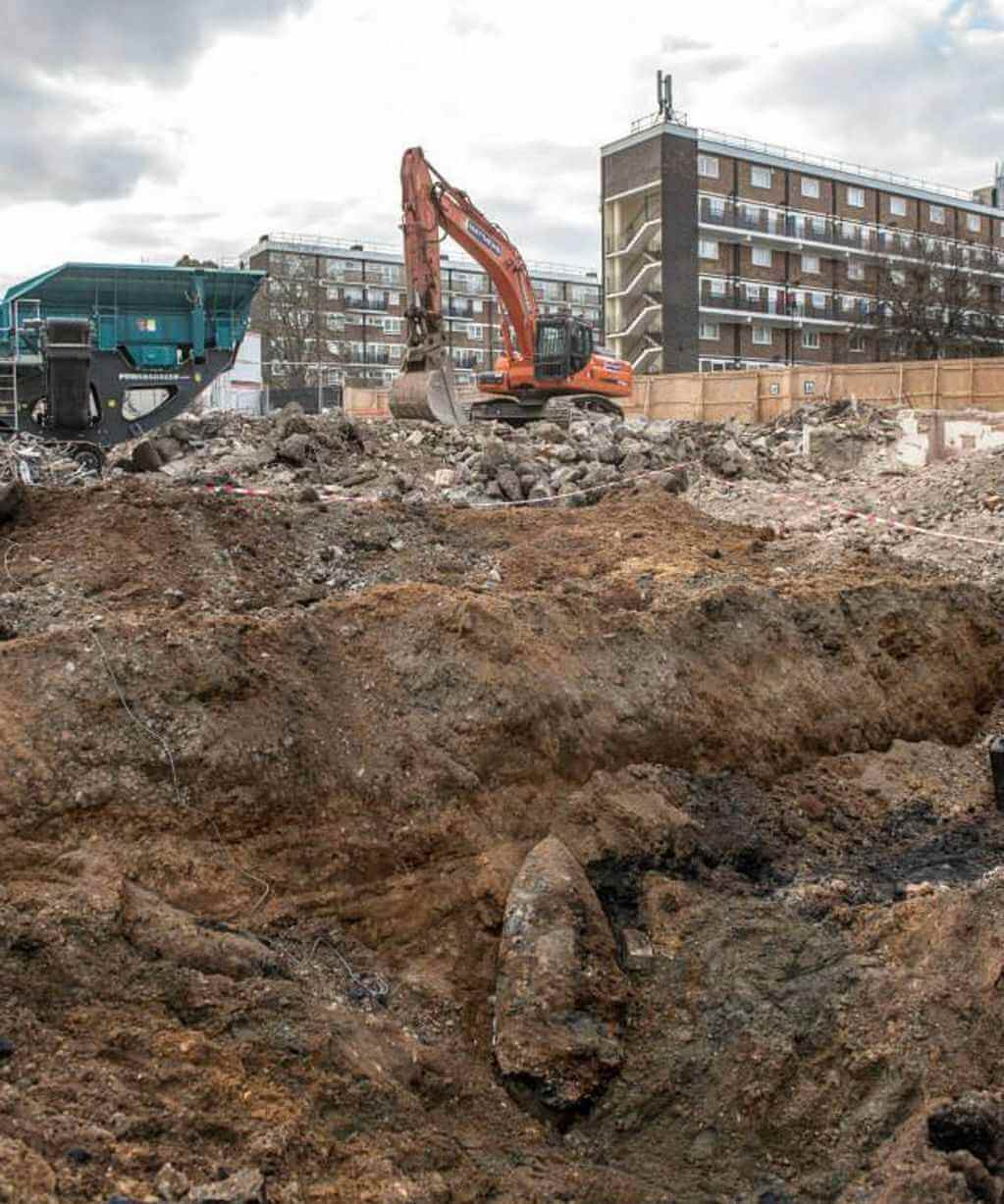